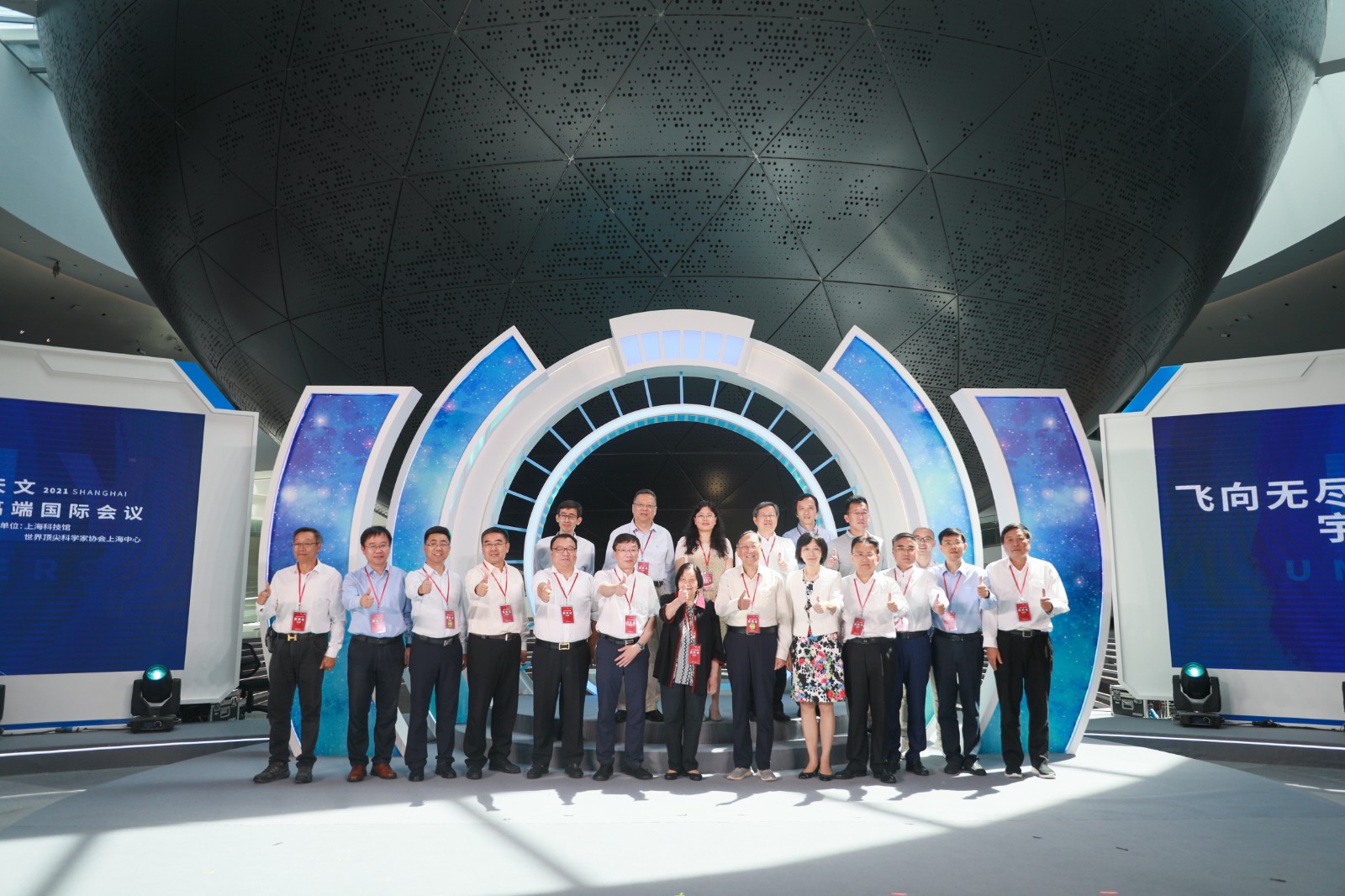 As one of the major events at the opening ceremony, on the afternoon of July 17, 2021, the SAM (a Branch of the SSTM) held the International Astronomy Conference themed “Embracing the Boundless Universe” together with the World Laureates Association Shanghai Center. World laureates and science popularization workers at home and abroad were invited to discuss frontier new topics in astronomy, new ideas for international cooperation and new approaches to science popularization education, which plays a positive and important role in promoting the development of astronomical science, human’s exploration of the mysteries of the universe and spread of astronomical scientific knowledge.

At the conference, the SSTM also signed strategic cooperation framework agreements with 8 astronomical research institutions including the World Laureates Association Shanghai Center, National Astronomical Observatories of the Chinese Academy of Sciences, Purple Mountain Observatory of the Chinese Academy of Sciences, Shanghai Astronomical Observatory of the Chinese Academy of Sciences, etc., and 6 astronomy educational institutions including School of Astronomy and Space Science at Nanjing University, Department of Astronomy at Peking University and Department of Astronomy at Beijing Normal University to jointly build bridges and links for domestic and international scientific exchanges and cooperation, provide strong scientific support for the future development of the SAM, and create a bright future for global astronomy.