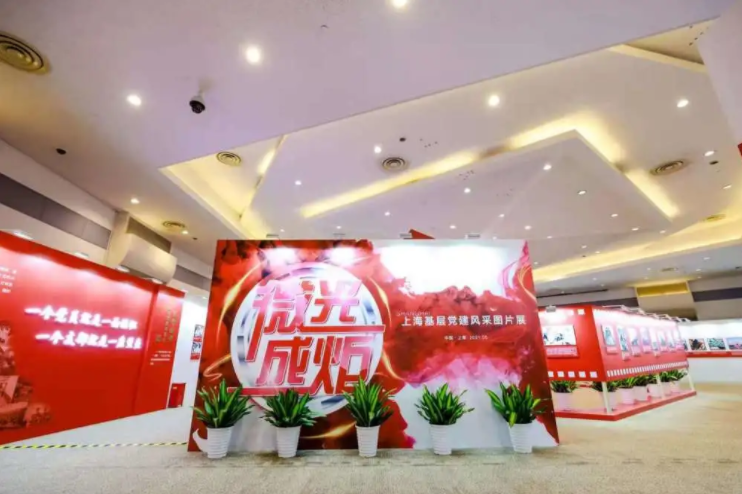 On June 18, 2021, the “From Glimmer to Torchlight·Shanghai Primary-level Party Building Photo Exhibition” was launched in the special exhibition hall on the second floor of the SSTM, which lasted for one month. Under the theme of “Party Flag Flying High at the Grassroots Frontline,” the photo exhibition focused on the highlights of Party members at the frontline and showed the vivid practice of primary-level Party organizations.

A total of more than 200 photos were exhibited during the photo exhibition, some of which were solicited from the society in addition to the photos of Xinhua News Agency. Since the solicitation began at the end of April, the “Shanghai Primary-level Party Building Photo Exhibition” had received extensive attention, attracted active participation from all walks of life and received a total of more than 1,500 photos. Many primary-level Party organizations such as enterprises, villages, government organizations, universities, scientific research institutes, neighborhood communities and social organizations showed great enthusiasm and sent many photos. These photos vividly show that in Shanghai, the birthplace of the CPC, frontline Party members have always stuck to their posts, bravely shouldered responsibilities, actively played the leading role of Party members, and silently contributed to the prosperity of the country and nation. They also demonstrate that the primary-level Party organizations have taken root in the grassroots, stayed close to the people, and made targeted efforts, thus becoming a strong fortress to publicize the Party’s propositions, implement the Party’s decisions, lead grassroots governance, unite and mobilize the masses, and promote reform and development.