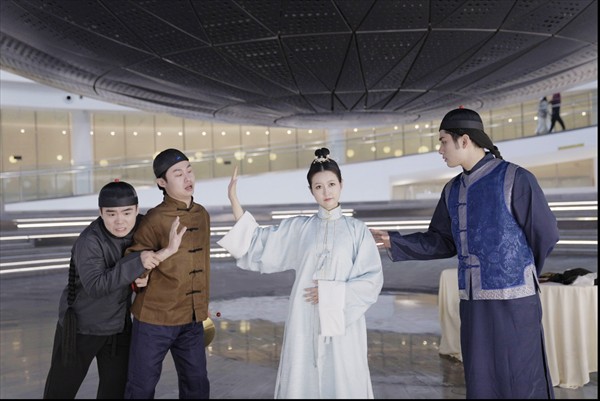 On November 8, 2022, the expected total lunar eclipse appeared on time, and the Shanghai Astronomy Museum launched a series of popular science activities on the total lunar eclipse. Shi Wei, Director of the Network Popular Science Department of the Exhibition and Education Center of Shanghai Astronomy Museum, and Xiao Xi, a science teacher, explained to the audience the whole process and led the audience to reveal the secret of the "Blood Moon" and watch the rare celestial phenomenon of "Total Lunar Eclipse of Uranus", a once-in-a-millennium celestial phenomenon.