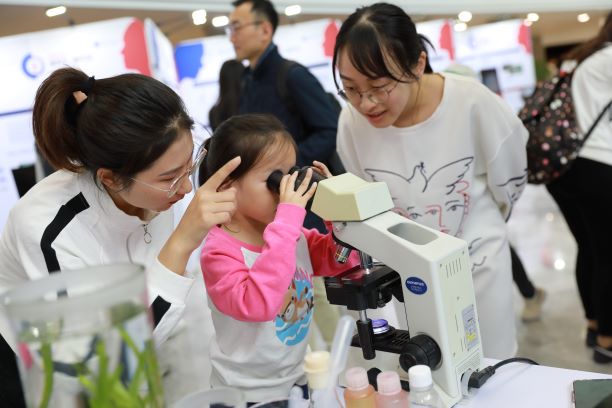 The 4th "Face to Face with Scientists" got underway from October 26 to 27. It was jointly organized by the SNHM (a branch of the SSTM) and the Shanghai Branch of the Chinese Academy of Sciences. 26 young researchers from 14 scientific research institutions served a "feast of science" to the audience. A museum-academy cooperation project initiated by the SNHM in 2017, "Face to Face with Scientists" aims to build a platform for face-to-face communication between scientists and the public. This year witnessed a new upgrade of the project. In tribute to the 70th Anniversary of the Founding of the PRC, the project this year was themed on "New Science, New Life." In terms of content, the Shanghai Branch of the Chinese Academy of Sciences as the co-organizer selected a batch of excellent scientists and research projects. In terms of form, in addition to the science fair where young scientists played a major role, micro lectures were added to encourage more senior scientists to participate.