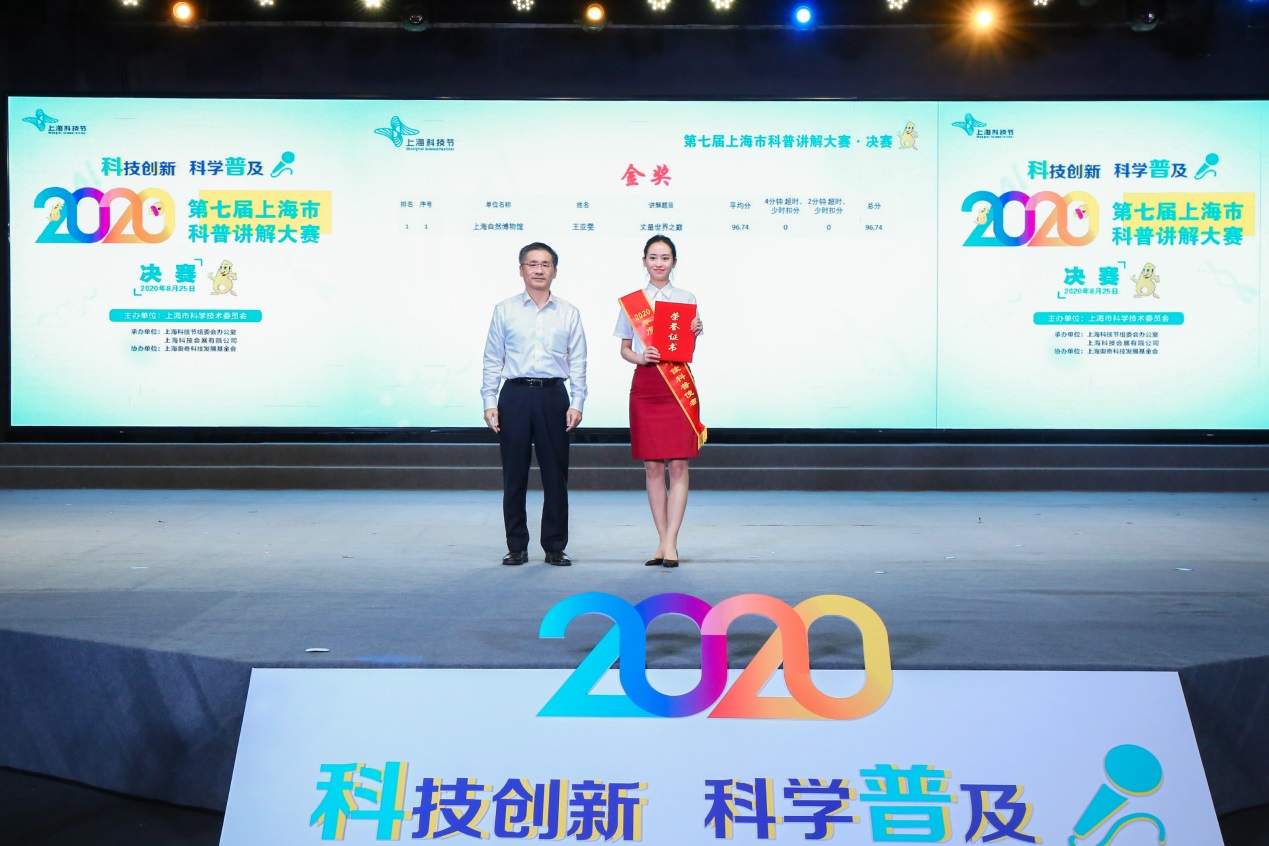 On August 25, the final of the 7th Shanghai Popular Science Docent Competition wrapped up at the Shanghai Science Park Center. Wang Yawen of the SSTM won the gold medal with the highest score; Wang Yixi won the first place of silver medals with the second highest score; Yang Xu won the first place of bronze medals by a narrow margin of 0.1 points; and Huang Lingli and Yu Dian made it to the shortlist. Besides, Wang Yawen, Wang Yixi and Yang Xu won the honor of “Shanghai Top Ten Envoys of Popularization of Science in 2020.”
The competition is sponsored by the Science and Technology Commission of Shanghai Municipality, with the theme of “Innovations in Science and Technology and Popularization of Science.” A total of 591 contestants in Shanghai signed up to participate, and 36 contestants were shortlisted for the final. The contestants included science lecturers, medical workers, engineers, and school students from all walks of life, covering a wider scope compared with previous years.