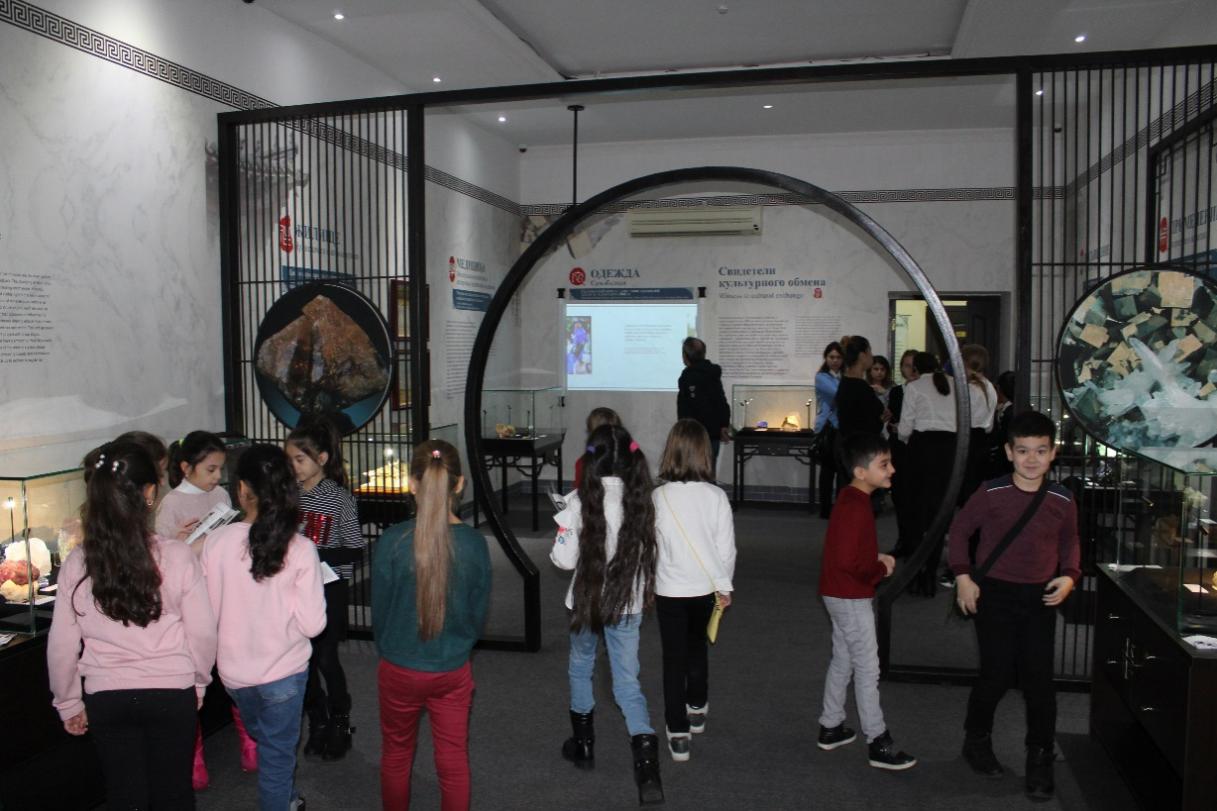 Guided by the Chinese Association of Natural Science Museums and the Science and Technology Commission Shanghai Municipality, and jointly organized by the Shanghai Science and Technology Museum and the Science Alliance of Yangtze Delta, the “Incomparable Beauty – Special Exhibition of National Culture and Mineral Treasure of China” began its first exhibition at the State Geological Museum of the Republic of Uzbekistan on October 22, 2019 and ended on November 30. The Incomparable Beauty Special Exhibition combines traditional Chinese culture with mineral science knowledge, and shows the essence of Chinese national culture and minerals with Chinese characteristics to the visitors. The construction of the exhibition hall employs traditional Chinese elements and has distinctive features of the private gardens in Jiangnan. The entire exhibition has a strong aura of Jiangnan culture, such as the national costumes of the Yangtze River Delta, the garden architecture in Jiangnan, the jade culture, etc. The exhibition has been well received since its launch three months ago, and attracted the UNESCO delegation, delegation of the Ministerial Meeting of Five Countries in Central Asia, and experts from Russia, Japan, and South Korea to visit, with the total number of visitors exceeding 4,500.