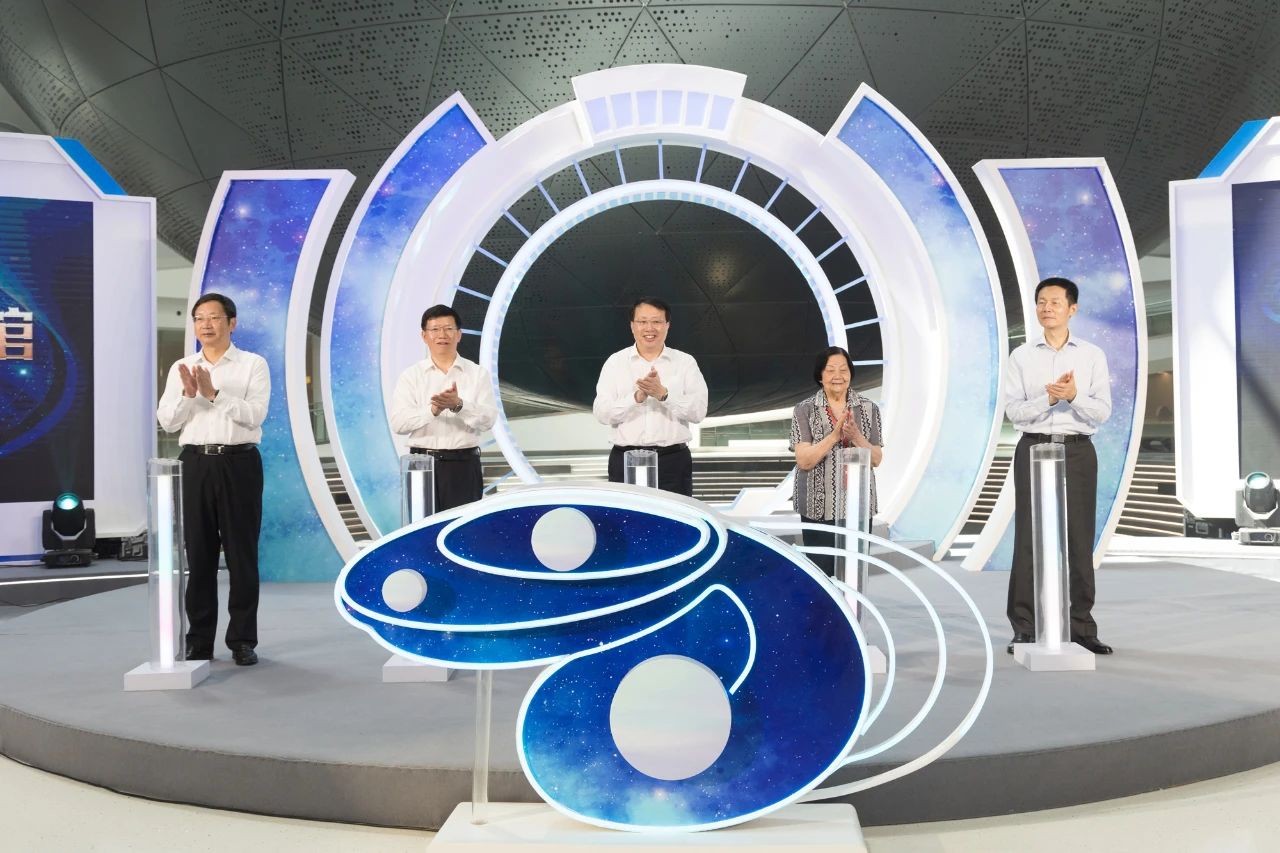 At the opening ceremony, the recitation of the original poem Dream under the Stars traced the splendid history of the SAM from scratch. The Chinese Association of Museums, the Chinese Society of Natural Science Museums, the China Science Writers Association, the Department of Astronomy at Peking University and astronomers from all over the world sent congratulations.

At the ceremony, Hu Hao, Chief Designer of the third phase of the lunar exploration project launched by China National Space Administration, and Wang Lianhua, Secretary of the Party Committee of the SSTM, unveiled the moon soil sample that came from the space and would enter the SAM. The precious sample was brought back by Chang’e 5 and provided by China National Space Administration. Sealed in a crystal ball, it has settled in the “Journey” exhibition area for the audience to watch closely. After the ceremony, the guests visited the exhibition hall together.

The SAM, located on the bank of Dishui Lake in Lingang, was officially opened to the public from July 18. The exhibition hall covers an area of 38,000 square meters. The graceful spiral of the main building resembles the orbits of celestial bodies. The Oculus (a round skylight), the Inverted Dome and the Sphere (a dome theater) form the iconic “three-body” structure and jointly interpret the laws of celestial motion. Following the vision of “shaping a complete view of the universe,” the main exhibition area is divided into three parts, i.e., “Homeland”, “Universe” and “Journey” to stimulate people’s curiosity and encourage them to appreciate the starry sky and understand the universe.

The establishment and opening of the SAM marks that the SSTM has entered a new development stage as a super-large comprehensive science and technology museum cluster that integrates the science and technology museum, natural history museum and astronomy museum. It will further demonstrate Shanghai’s soft power, promote high-quality development of the museums in the new era, and better meet the growing spiritual and cultural needs of the people.