On the Basis of Field Investigation, LI Qiang Demanded that Shanghai Astronomy Museum Shall Be Built into a World-class Cultural and Science Popularization Landmark 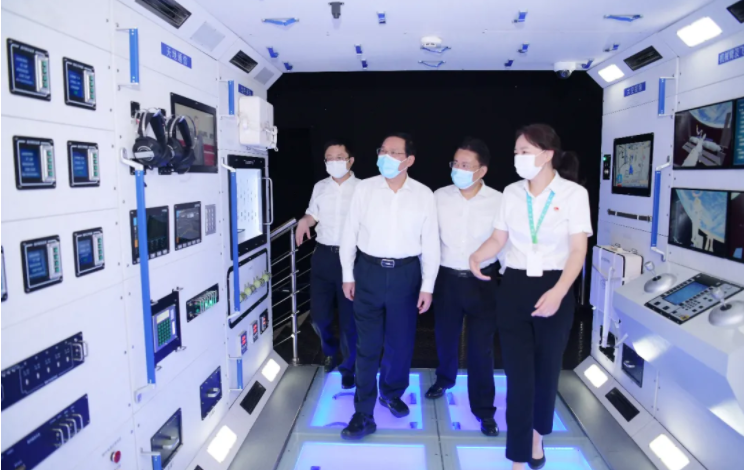 Shanghai Astronomy Museum (the Branch of Shanghai Science and Technology Museum) in Dishui Lake, as a brand-new landmark in the Lingang New Part Area which was officially opened to the outside world lately, presented the unbounded prospect of the universe in a panoramic way with the theme of "Home", "Universe" and "Journey". LI Qiang expected Shanghai Astronomy Museum to strive to build a world-class cultural and cultural and science popularization landmark through continuous strengthening of core functions, optimization of science popularization and exhibitions as well as improvement of service processes on the premise of referring to the highest international standards and levels, thereby playing a unique role in promoting the soft power of the Lingang New Part Area.