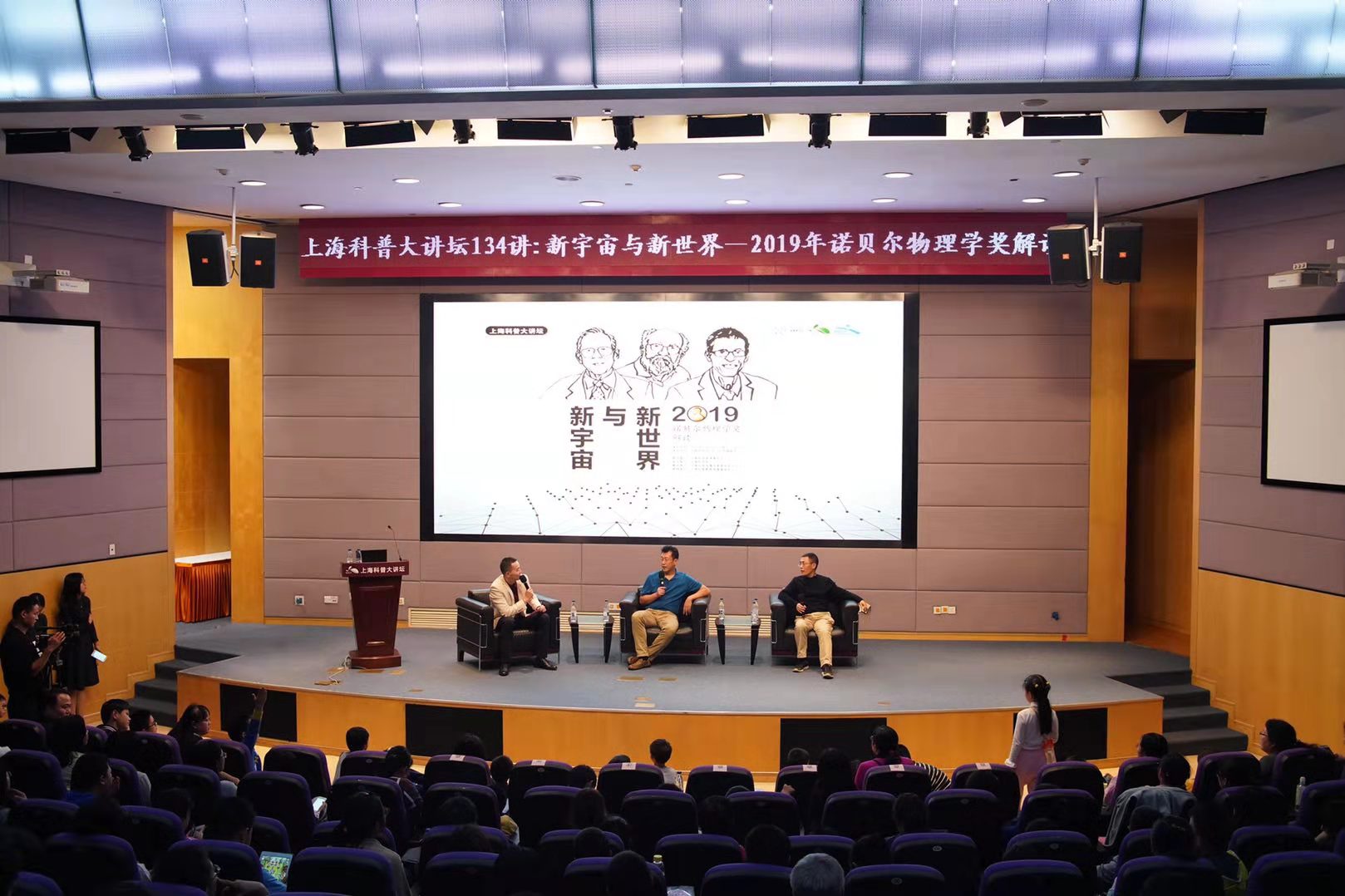 On October 26, Professor Zhang Pengjie and Professor Shen Juntai, Department of Astronomy, School of Physics and Astronomy, Shanghai Jiaotong University, were invited by the Shanghai Science Communication Forum to interpret the 2019 Nobel Prize in Physics. Zhang Pengjie delivered a keynote speech "Talking about James Peebles' Physical Cosmology," in which he expounded the exact meaning of "the theoretical discoveries in physical cosmology" mentioned in the Nobel Prize Speech by James Peebles, professor at the Princeton University. Shen Juntai gave a keynote speech "Discoveries about Exoplanets." He explained to the audience how Professor Michel Mayor, emeritus professor of astronomy at the University of Geneva, and Didier Queloz, professor at the University of Geneva, used the method of stellar line-of-sight velocity to discover the first exoplanets. He also analyzed the reason why both of the professors were awarded the Nobel Prize for the discovery of 51 Pegasi b, an exoplanet visible to the human eye.