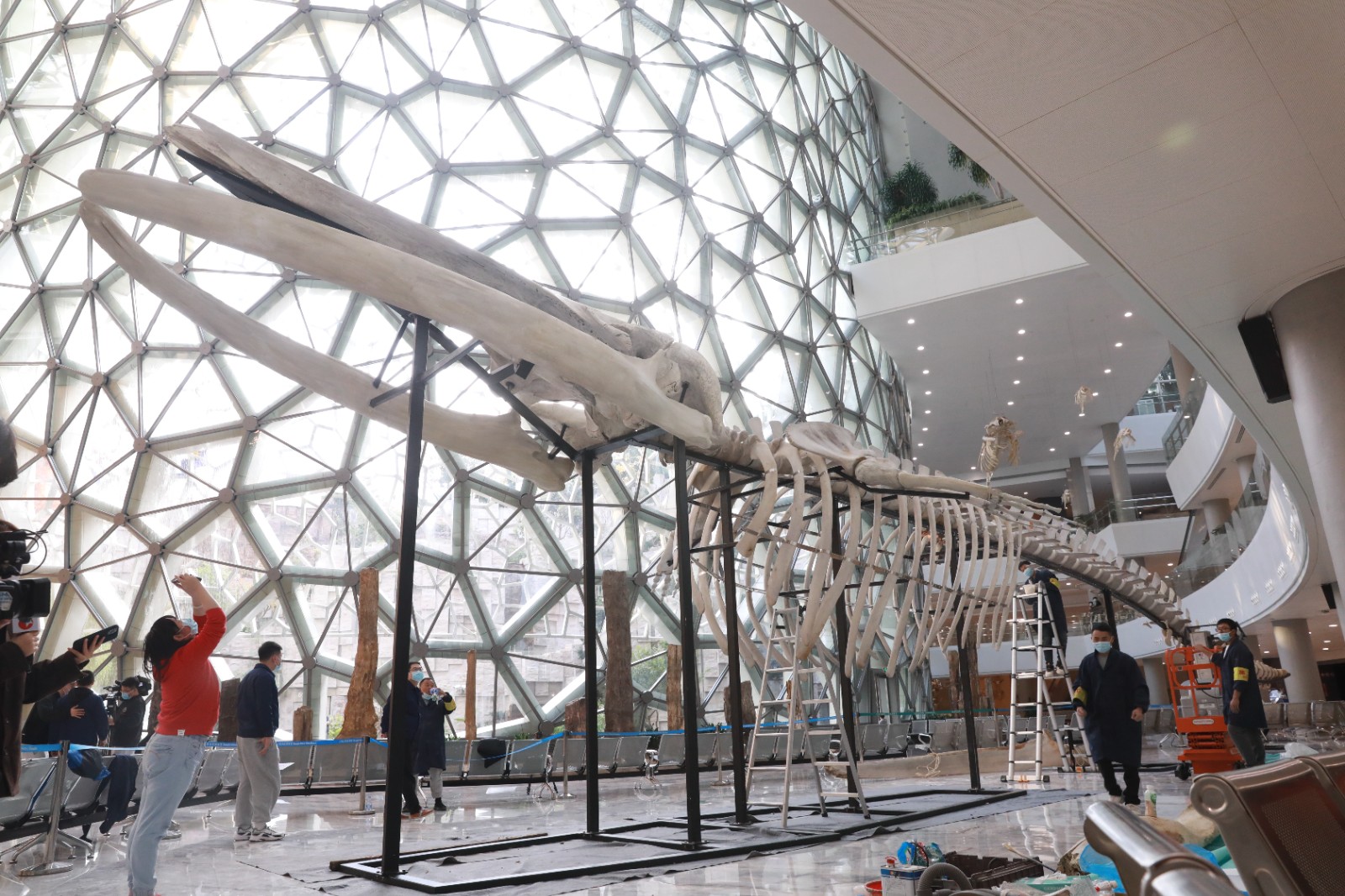 On December 9, 2021, a 24-meter-long, 3-ton skeletal specimen of a fin whale, the longest one of its kind, which took four years to produce by the taxidermy team of Shanghai Science and Technology Museum, was placed in Shanghai Natural History Museum for display and advocating the love and care for marine life and biodiversity conservation.

In March 2017, a fin whale carcass was identified in Shanghai waters. After 18 days of hard work, the taxidermy team of Shanghai Science and Technology Museum finished decomposing the 24-meter-long, 40-ton fin whale. The production of a large skeletal specimen requires dissection, fleshing, defatting, splicing, and mounting. The fin whale skeleton, after 3.5 years of cleaning and defatting and nearly three months of mounting, was transported to Shanghai Natural History Museum on the evening of December 5 for on-site assembly, which was completed on December 9.