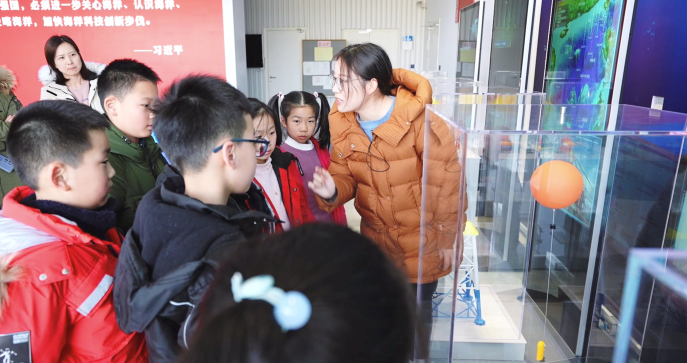 On April 17, 2021, the third session of “Shanghai Science Communication Forum · City Walk” focused on the State Key Laboratory of Marine Geology at Tongji University in Lingang. Researchers and technicians engaged in marine geology and seabed scientific observations were invited to guide the audience to seek knowledge about cutting-edge marine science and technology.

The teachers from the lab detailed the layout and data results on the basis of the simulation map and model of the seabed scientific observation network such as East China Sea Undersea Observation Subnet, which can provide important data information such as the atmosphere, seawater information and submarine lithosphere. After learning about the network, the audience took a close look at the experimental pool for equipment testing and high-pressure simulation chamber, which can simulate the pressure at a depth of 9,000 meters under the sea through experiments, and vividly explain the meaning and technical difficulties of “deep diving”. The introduction helped the audience learn much frontier unknown ocean knowledge, while bringing the advanced technology used in the process of ocean exploration to them, which further stimulated their expectation and yearning for deep-sea exploration.