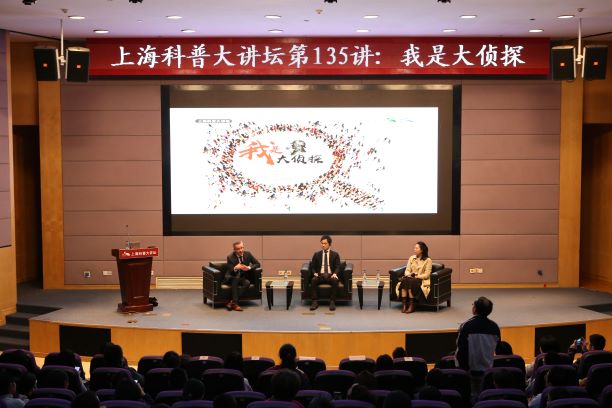 On November 16, two experts from NYU Shanghai, Pekka Santtila, a psychology professor, and Shumpei Haginoya, a postdoctoral researcher in psychology, were invited to give lectures at Lecture 135 of the Shanghai Science Communication Forum to demysitify the psychology behind memories and lies for the audience. Pekka Santtila first did an interesting live experiment for the audience, and the results surprisingly confirmed that our vision and memory are far less credible than we thought. This experiment explained in simple terms to the audience the psychological principles behind sightings and memories, condensing the results of Pekka Santtila’s years of hard work in the field of psychology. Focusing on lies and lie detection, Shumpei Haginoya led the audience to explore another area in psychology. During the lecture, Shumpei Haginoya introduced to the audience how to detect lies from the clues in the liars’ eyes, gestures, postures and words with actual lie detection cases.