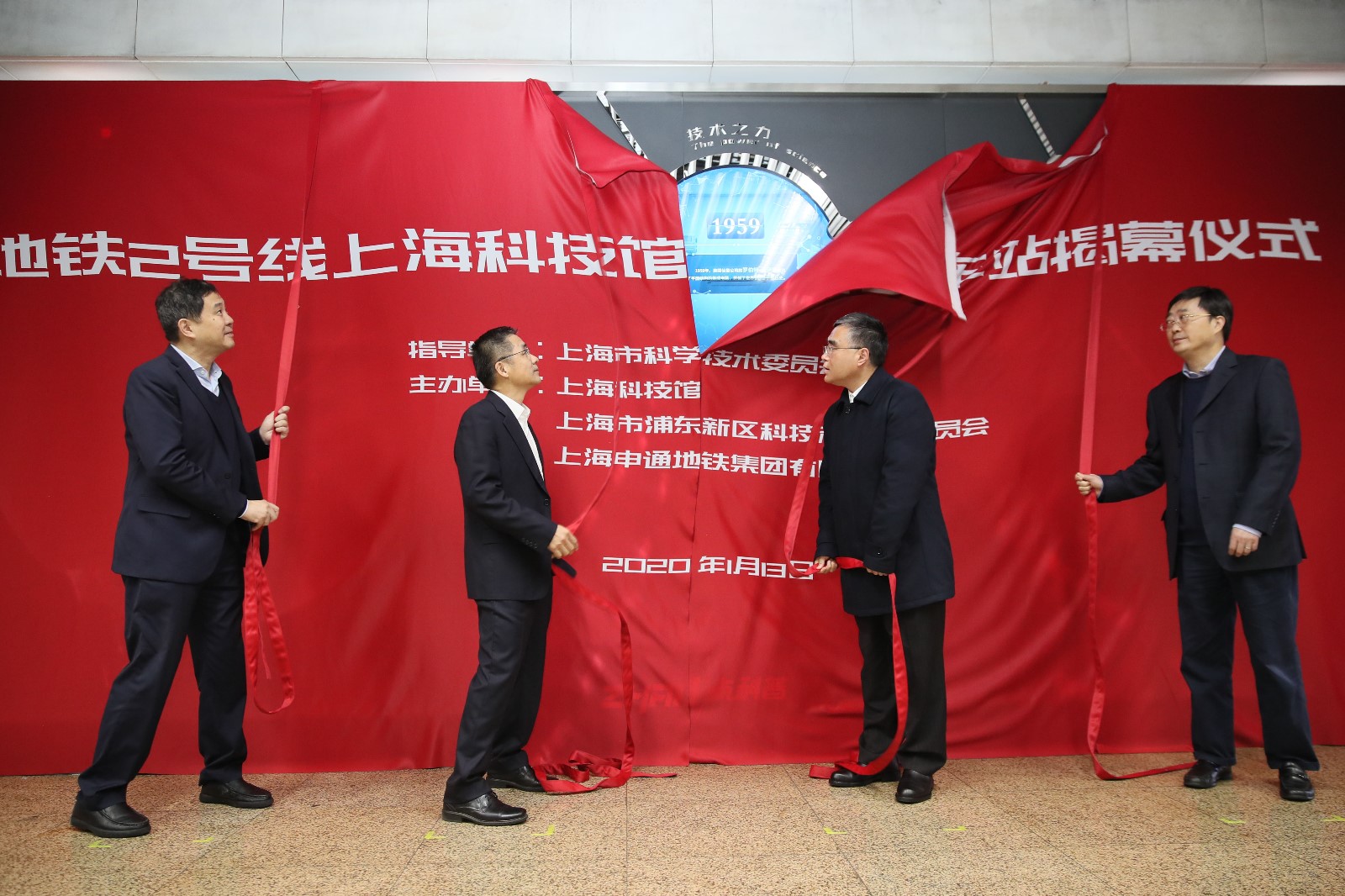 From January 13 on, the 500,000 passengers on Subway Line 2 passing by the Shanghai Science & Technology Museum Station every day would be able to see scientific information about Pudong’s industries, including “The Strongest Light” “China’s Chip” “Innovative Medicine” “Dream of the Sky” “Smart-made Products” “Future Automobiles” and “Data Port”. In that morning, “The SSTM Metro Station for Popular Science”- co-organized by the SSTM, Pudong New District Economy, Science and Technology Committee, and Shentong Metro Group - was officially inaugurated. Thanks to the project, the Shanghai Science & Technology Museum Station was the first among the 415 stations citywide to be transformed into a science & culture info point in public space, an example to follow for the others. Currently, the first exhibition, themed by “China’s Story”, has been put on and it includes one 20m2 showcase for science info, eight columns. Following the idea “science is everywhere”, three sections were designed and respectively titled as “Beauty of Science” “Power of Technology” and “Light of Innovation”.