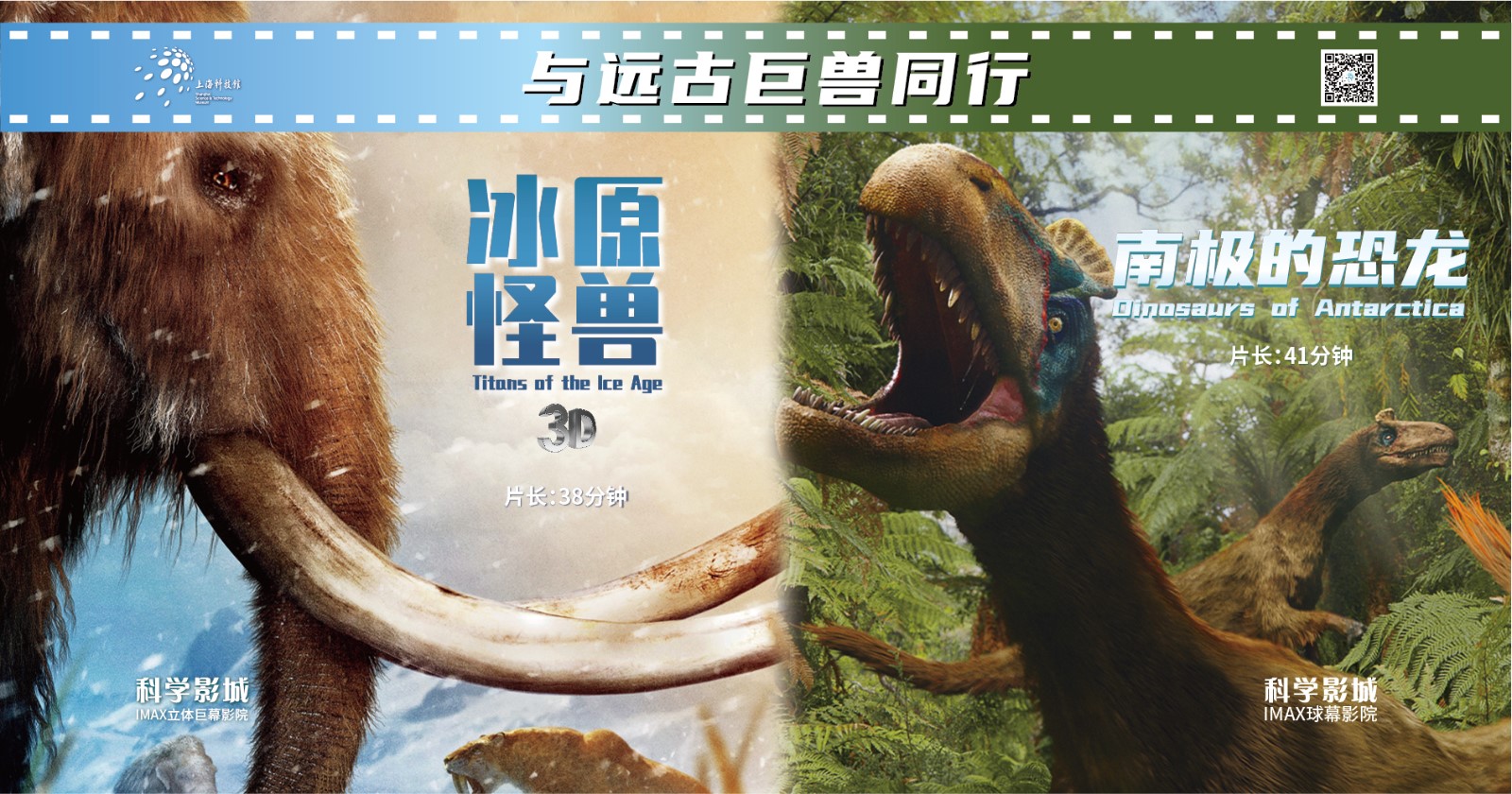 During the Spring Festival of 2021, the SSTM presented two great movies to the public, the IMAX 3D Titans of the Ice Age and the IMAX Dome Dinosaurs of Antarctic. Combining fun and science, they are suitable for parents and children, and students to watch.

The IMAX movie Titans of the Ice Age leads the audiences to a world of ice and snow as beautiful as a fairyland 20,000 years ago. At the end of the ice age, prehistoric humans and many giant animals co-existed in the strange and spectacular northern hemisphere, including saber-toothed tigers, mammoths, ice wolves, ground sloths... In face of the harsh natural environment and climate change, about 70% of the world's large terrestrial animals disappeared forever, but humans survived relying on their wisdom. The movie explores some major practical issues facing humans such as the greenhouse effect and sustainable development. The IMAX Dome movie Dinosaurs of Antarctica takes the audiences back to the Permian, the Jurassic and the Antarctic hundreds of millions of years ago, and to the surreal world of strange dinosaurs and huge amphibians, to explore the prehistoric secrets of the continent and its impact on the future of mankind together with fearless Antarctic scientists.