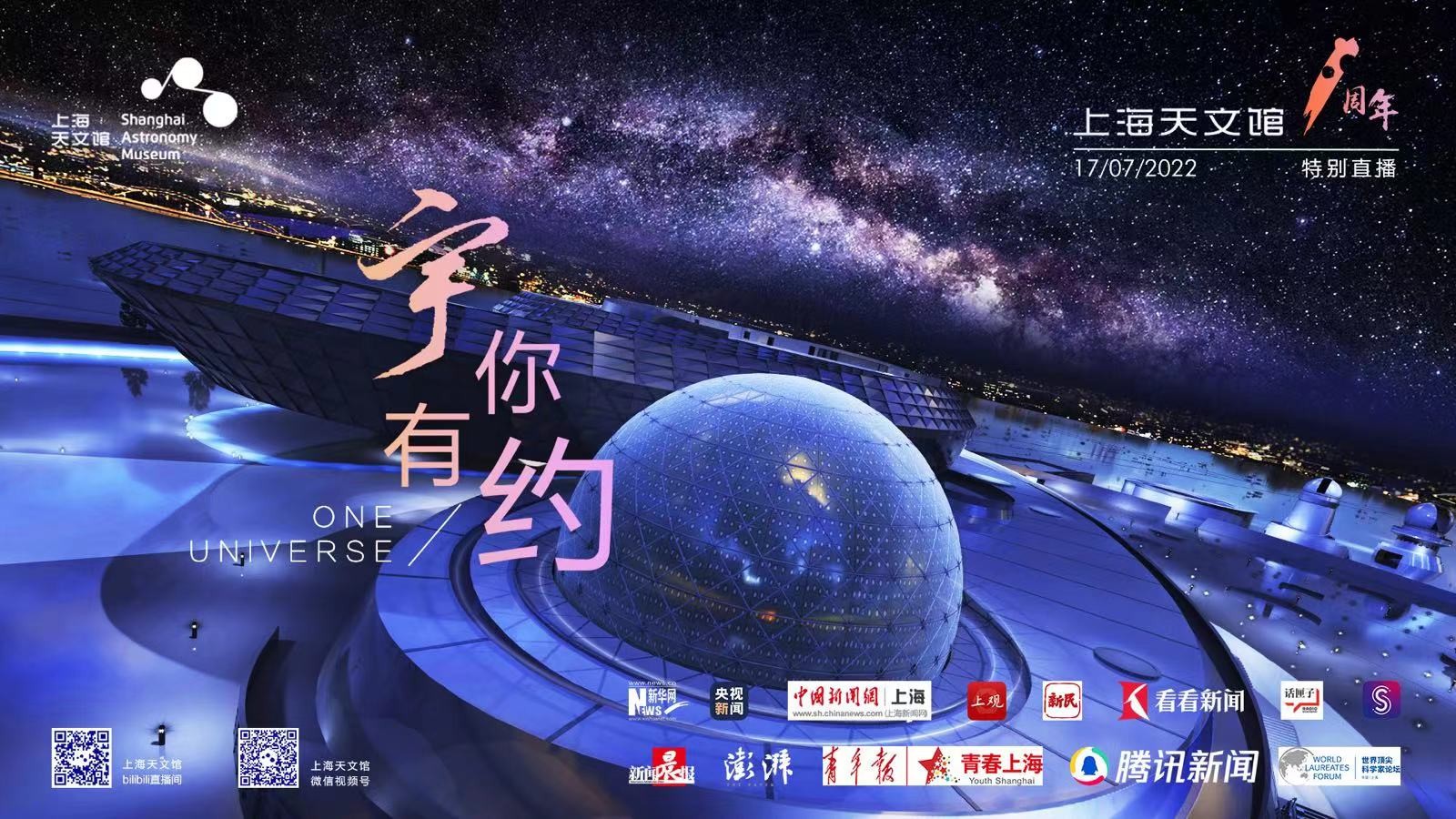 On July 17, 2022, the Shanghai Astronomy Museum (Branch of Shanghai Science and Technology Museum), the largest planetarium in the world, celebrated its first anniversary. Over the past year, Shanghai Astronomy Museum received a total of 730,000 visitors and became a "new business card" for telling Chinese stories well and enhancing the soft power of Shanghai. Shanghai Astronomy Museum launched the One Universe & First Anniversary Special Live Event, with the contents covering the Sun Today, the Starry Sky Tonight, Star Navigation, and the Galaxy Rostrum. Moreover, the young and beautiful "team" of astronomical science popularization will make its debut at this event. Through the 12-hour uninterrupted panoramic presentation of Shanghai Astronomy Museum's wonderful exhibition and performance, it will lead the audience to a cloud-based feast.

In Galaxy Rostrum, Shen Zhiqiang, the head of Shanghai Astronomical Observatory, the Chinese Academy of Sciences, as the keynote speaker, introduced the research process and the birth of the Milky Way's central black hole with the theme of "See Black Hole Photos Again: the Birth of the First Photo of the Milky Way's Central Black Hole". From the observer's perspective, he explained in detail how researchers gradually approached and finally unveiled the mystery of the supermassive black hole in the center of the Milky Way galaxy.

Also, this event specially set up the immersive virtual venue of "metaverse" through virtual live broadcast technology and held the award ceremony of the 5th Universe Roaming Creation Competition, which led the online audience and all the winners in unlocking the metaverse experience. The number of works in this competition edged to new highs, showing a high level in theme selection and artistic expression.

In addition, by using the Xihe Tower Telescope and Wangshu Observatory, the Sun Today, the Dust Today, and the Starry Sky Tonight Series of slow live programs shot, observed and broadcast the sun image and sunset of the day, as well as realizing the realistic simulation of the starry sky that night in the Astronomical Phenomena Hall, thereby reliving the vivid and interesting constellation legend that has been passed down for thousands of years. In the brand education activity "Little Galileo Classroom", the children involved were arranged to experience the process of making the time-space drift bottles and send meaningful questions written down to themselves in the future, aiming at promoting the children to grow together with Shanghai Astronomy Museum.

In the future, aiming at the highest international standard and level, Shanghai Astronomy Museum will continue to strengthen its core functions, optimize the science-popularization exhibition, and improve its service process, with a view to building world-class cultural and science popularization landmarks and playing a unique role in enhancing the soft power of Shanghai.