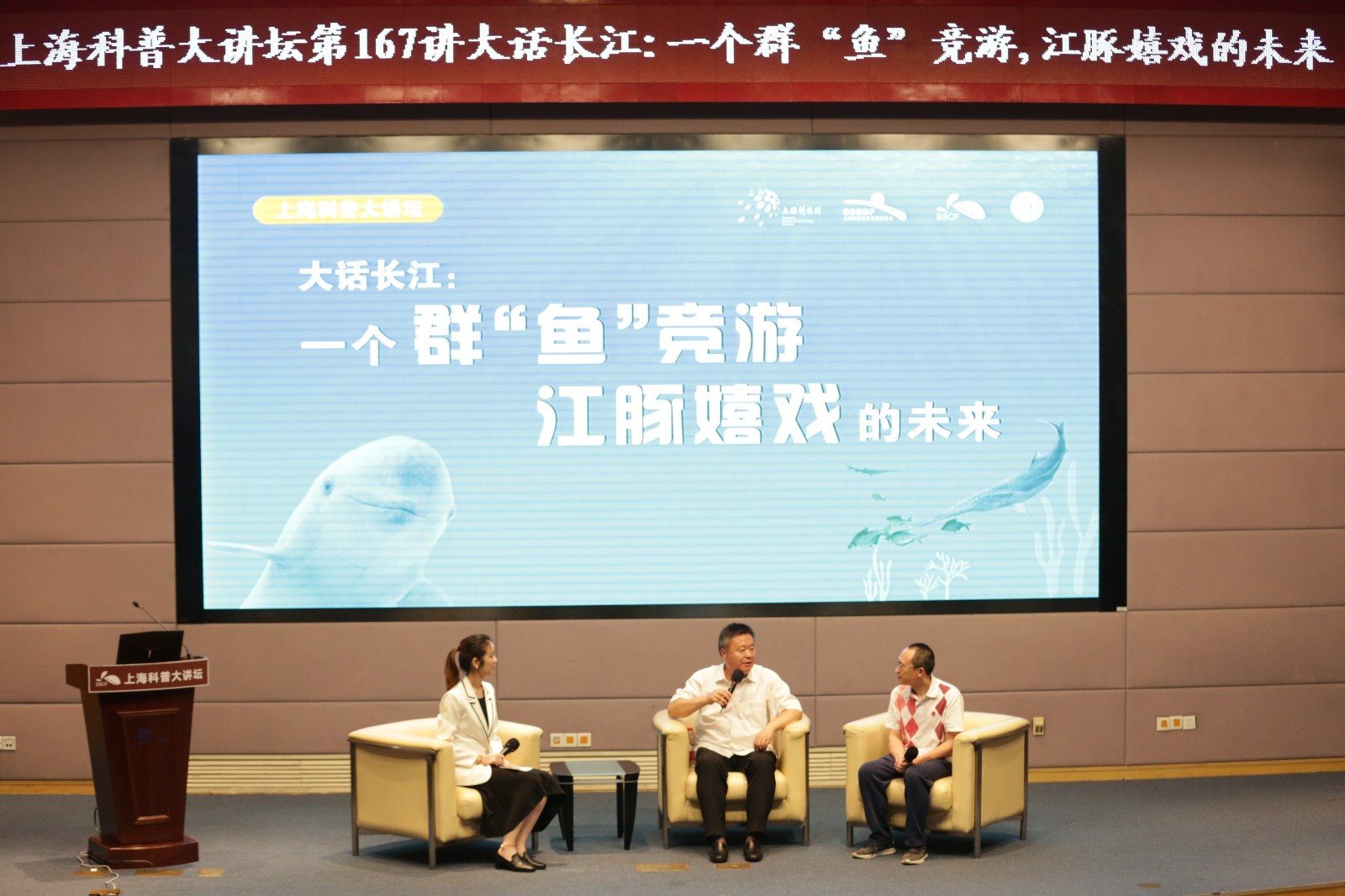 Before the lecture began, the audience watched the Yangtze Finless Porpoise, one of the SSTM’s original documentary series on rare species in China. Then, researcher Zhang Xianfeng began with the story of the Yangtze finless porpoise and the Baiji porpoise, and introduced researchers’ tortuous experience in the process of protecting freshwater porpoises in the Yangtze river. Researcher Xu Jun started from the diversity of fish resources in the Yangtze River. Then, he introduced rare fishes unique to the Yangtze River such as Chinese sturgeon, white sturgeon, Yangtze seasonal shad and Chinese sucker, as well as the rich commercial fish resources of the Yangtze River half a century ago, and the influence of human activities on them.