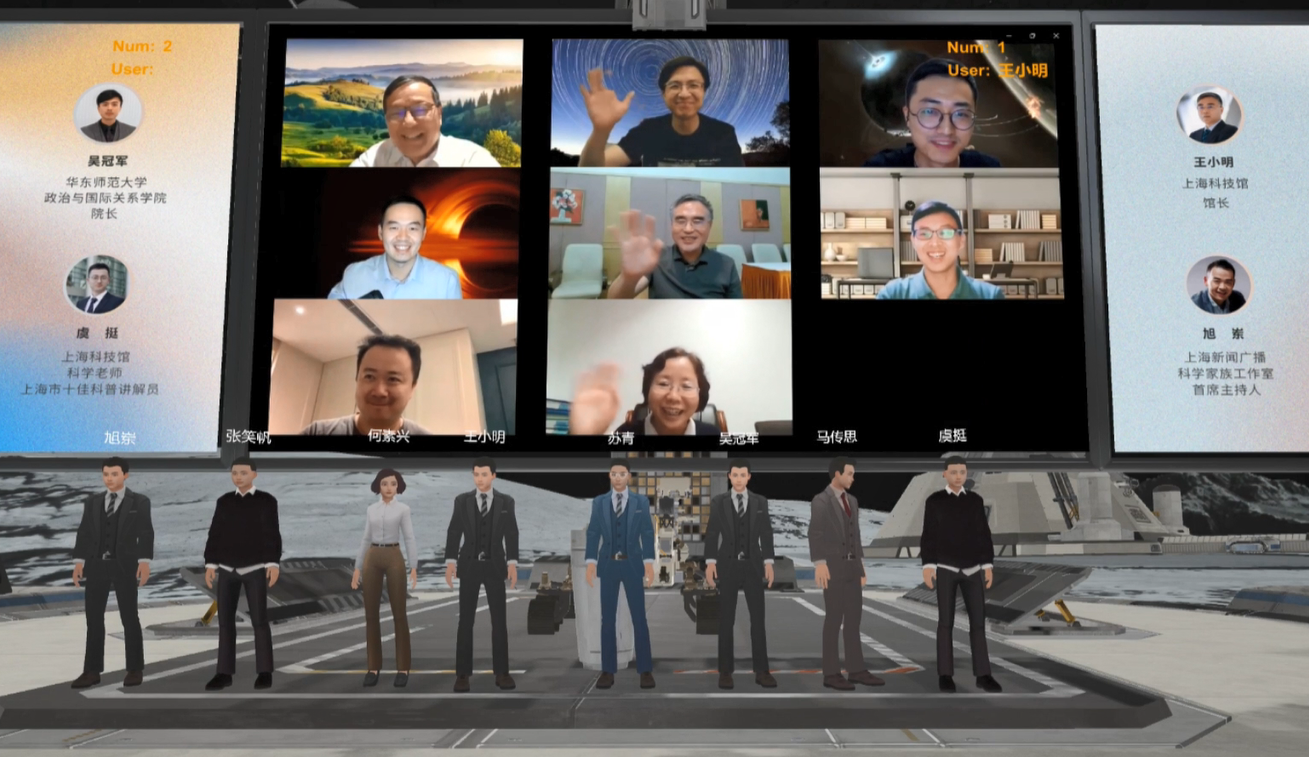 This salon made its first attempt to combine the virtual space of the metaverse and the real-time scene of the video conference, thus realizing the virtuality and reality interaction. With the conference venue "set up" on the surface of the moon in the metaverse space, the on-site atmosphere for dialogue with guests was enhanced. The salon started with the wonderful scenes of Fluorescence, an original 4D science fiction film by Shanghai Science and Technology Museum. The film focuses on a story about two Chinese astronauts who overcome difficulties and challenges and support each other to find life on the Mars. With the dust storms that blot out the sky and cover the sun, the fantastic sunsets, and the potholed landform... the realistic scenes seem to lead the guests and the audience into the distant mysterious Mars. The film is expected to be screened this year.

In the theme report part, several guests made reports with distinct themes one after another. In his report Venues: A Front to Guard Your Curiosity, Wang Xiaoming, the curator of Shanghai Science and Technology Museum, analyzed the similarities and differences between science fiction and science education, both of which were featured by science basis, curiosity inspiration and continuous creativity. On the one hand, science fiction education could facilitate stimulation of imagination; on the other hand, science education in venues could be carried out without the limitation of time, space and modules, to enlighten teenagers' curiosity and inspire self-construction of the public's knowledge system. He also elaborated on the efforts by Shanghai Science and Technology Museum in respect of integration with modern technology, art, culture and the spirit of scientists, to highlight the comprehensive advantages of venue-based education by measures stimulating and maintaining curiosity, with a focus on the link of creative contents of the exhibition halls.

All experts believed that in order to carry out correct education and guidance under the background of "double reduction", it is necessary to make good use of the venue advantages of the exhibition hall, encourage the exhibition hall practitioners to try bold science fiction education methods, create various brand activities, and continue to stimulate the curiosity and imagination of the public.