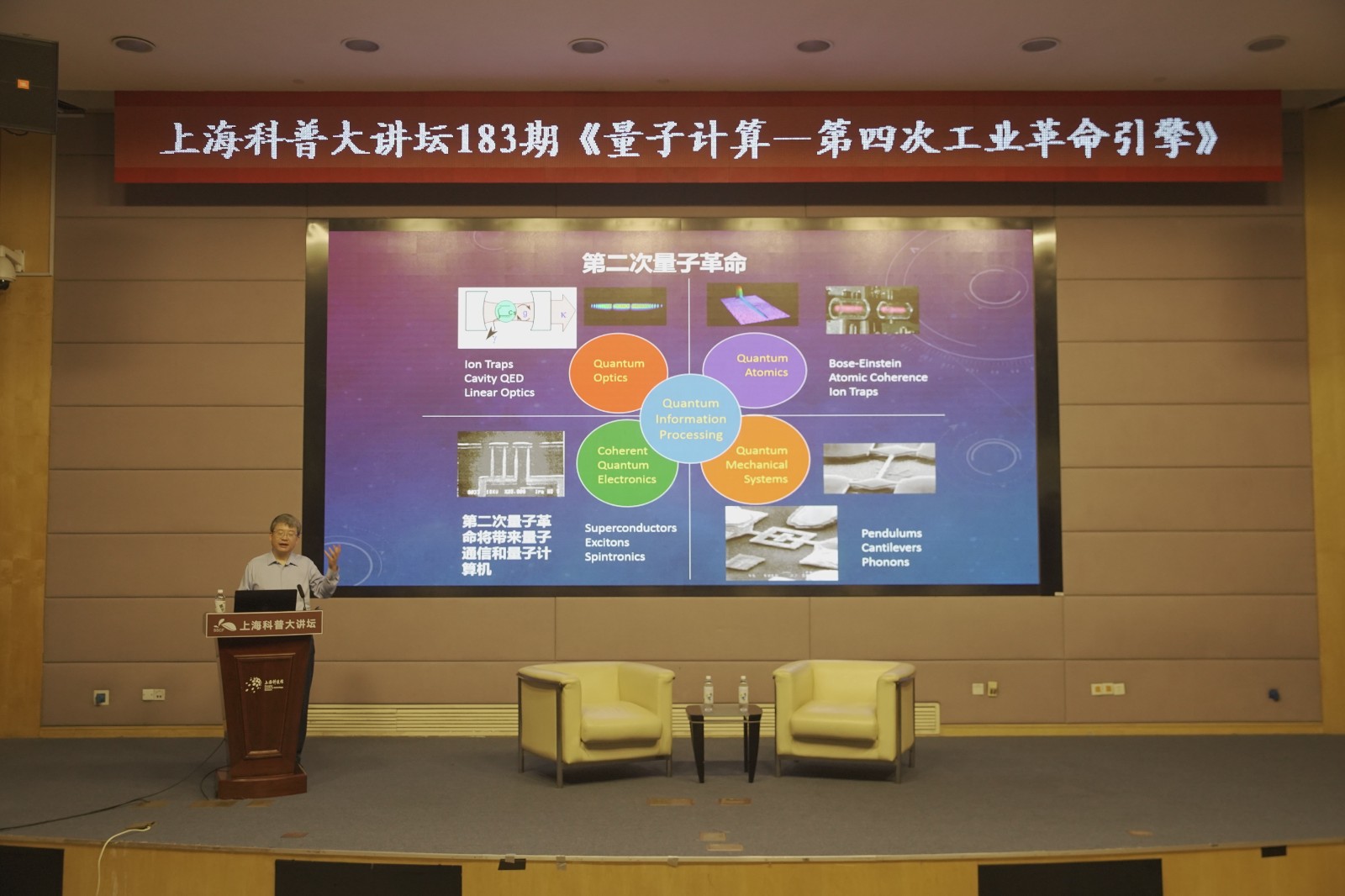 Quantum computers can decipher the code that takes a classic computer 100 years to decipher in just one second. It was precisely this "mystical power" that made quantum computing one of the frontier science and technology fields that countries all over the world focused on. On the afternoon of July 23, 2022, the 183rd Shanghai Science Communication Forum (SSCF) invited Ding Hong, a chair professor at Tsung-Dao Lee Institute (TDLI) of Shanghai Jiao Tong University, to give a lecture entitled Quantum Computing: the Engine of the Fourth Industrial Revolution, in which the concept, advantages and development ways of quantum computing were introduced.

In July this year, Israel announced the establishment of the Research and Development Center for Quantum Computing with a cumulative cost of USD 29 million. In October 2021, Chinese scientists brought "Zu Chongzhi No.2" and "The Jiuzhang 2.0" quantum computers. Quantum computing was likely to be one of the engines of the fourth industrial revolution. In other words, whoever could find better quantum materials, and build better quantum devices and quantum computers was capable of taking the lead in this revolution.

Although quantum physics seemed out of reach, it had already entered our daily life. For example, a series of electronic devices, such as mobile phones and computers, all use knowledge related to quantum physics. "Atoms, photons, and electrons are all quanta," Professor Ding Hong said, "Quantum is the basic unit of material construction and the most basic carrier of energy." Quantum superposition and quantum entanglement are the differences between quantum physics and classical physics. Regarding the concept of quantum superposition, Professor Ding Hong gave an example. In classical physics, from a macroscopic perspective, the "state" of any material is certain. For example, when a book is placed on the table, people can only see its front or back. However, in the quantum world, books can be in an uncertain superposition state where the front and the back are entangled.

In the field of scientific and technological innovation, quantum computing can not only be applied in the field of artificial intelligence to improve the efficiency of machine learning, but also be used to deal with a series of complex situations, such as accurate weather prediction. Moreover, it can also rely on fast algorithms to solve numerous inconveniences that people face in life, such as traffic congestion. Ding Hong mentioned that quantum computing shows a quite rapid development trend. It was generally believed that quantum computers could not be realized until thirty or fifty years later. According to its current development rate, it may be realized in 5 to 10 years.

The event is jointly sponsored by the Shanghai Science and Technology Museum, Tsung-Dao Lee Institute (TDLI) of Shanghai Jiao Tong University, and the Shanghai Science Education Development Foundation (SSEDF). Having been held 183 times so far, the SSCF invited 375 national and international scientists to give wonderful speeches, which attracted an audience of more than 50,000 on site and also received interactions with more than 10 million fans online. Using new technologies and new trends spread in a scientific way, the SSCF will continue to present cutting-edge high-quality scientific knowledge to a wider audience through such live broadcast platforms as Bilibili, Tencent News and video official account.