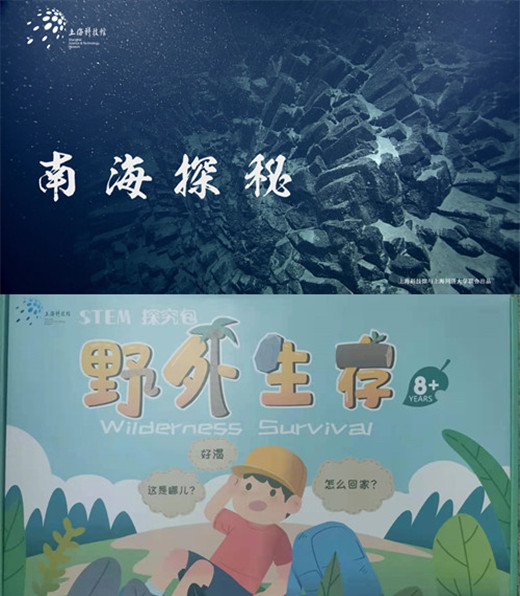 The documentary film Exploration of the South China Sea and multiple versions of short videos that were jointly produced by SSTM and Tongji University kept a real record of the scientific research achievements made by China’s marine scientific research vessel “Jia Geng” in its expedition to the South China Sea for one month, and introduced scientific knowledge such as the geological structure of the South China Sea, deep-sea deposits and deep-sea biology, as well as the Chinese scientists’ dedication to their work. The “Wilderness Survival” series of STEM scientific experiment and exploration packs used story cards and exploration materials to make science more interesting and help young people train the hands-on ability, which was a vivid practice of STEM education. They played an active role in stimulating the public’s curiosity of science and improving their scientific literacy.