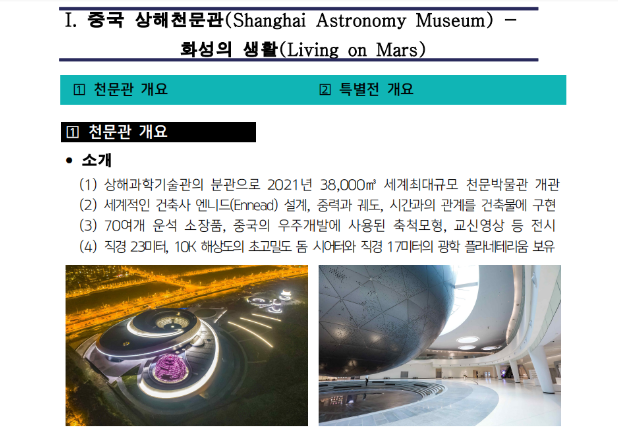 The National Science Museum, South Korea is a state-level science museum located in Daejeon. Founded in 1949, it was opened to the public on October 9, 1990, displaying data and materials on the history of science and technology, natural history and natural science. Among them, the celestial museum is the highlight, in which there is a 23-meter semicircular roof, the largest one in South Korea, and the only international universe theater in this country.