Special Exhibition for the Year of the Monkey

A Special Exhibition for the Year of the Monkey was unveiled at the Temporary Exhibition Hall on the second floor of SSTM on January 15, 2016. 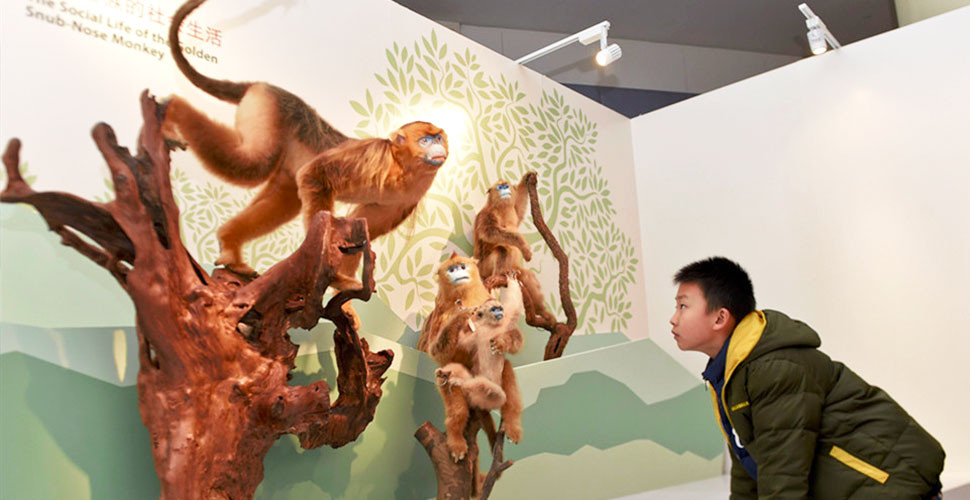 The exhibition displayed specimens of more than 20 types of apes. Among them, visitors could see New World monkeys from South and Central America, and Old World monkeys, including rhesus monkey, mandrill, papio and guenon.Visitors had the opportunity to see golden monkeys, the most beautiful monkey in the world. And there was a mirror on the specimen table, on which was a tag: “Human (Homosapiens), no danger.”

The exhibition organizer also prepared abundant learning resources and educational activities for visitors, e.g. serial pictures of primates on mobile phones, the Ape Legend special website, and science popularization lectures. Reservations for some programs had to be made in advance.