“Moving Toys” on Automata from Britain Held at SSTM

Ten large performing automatas from Sharmanka Kinetic Theatre in Glasgow, Scotland,were made by Russian sculptor-mechanic master Eduard Bersudsky. Each performing automata was accompanied by a unique light show and music. The 10 large automatas performed in turn, presenting a super show with the combination of mechanics, lights, music and story. 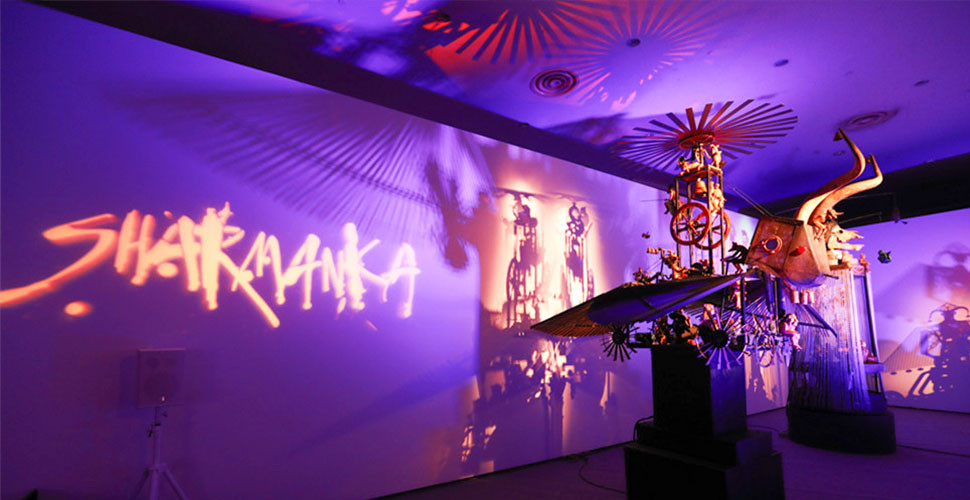 Another 40 smaller automata from Cabaret Mechanical Theatre of London were handmade by famouse British mechanical-designers. They could control the toys’movements with buttons and visitors could have a closer look at how mechanical tools, such as levers, cams and gears, made the figures move.

Apart from watching the performance of automata, visitors also had a hands-on opportunity to build automata by themselves.