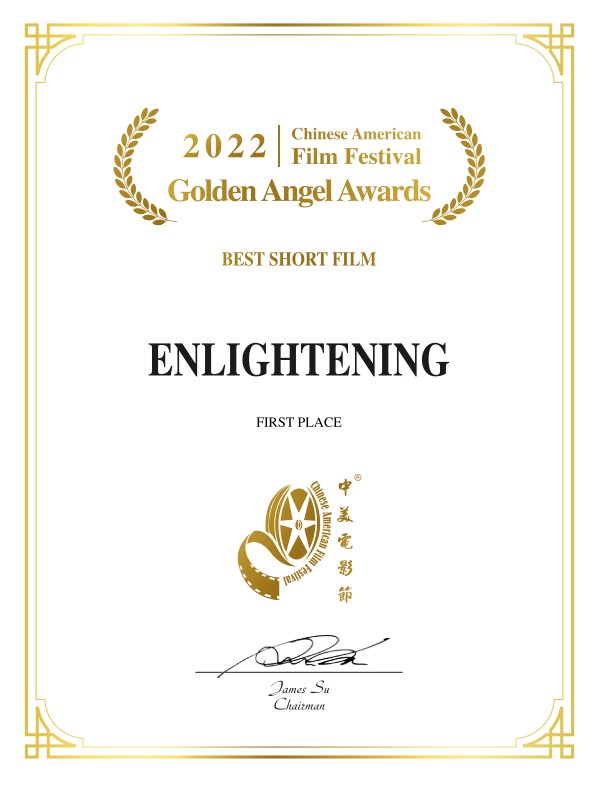 On November 4, 2022, the 18th Chinese American Film and Television Festival Opening Ceremony and "Golden Angel Awards" Ceremony, sponsored by EDI Media Inc. and jointly supported by the State Council Information Office of the People's Republic of China, the National Radio and Television Administration, the Consulate General of the People's Republic of China in Los Angeles, and the County Government of Los Angeles, was held in Los Angeles on the West Coast of the United States. The 4D science fiction animation Enlightening, jointly produced by the Shanghai Science & Technology Museum and the Shanghai Animation Film Studio and funded by the special fund to promote the development of Shanghai films, won the first prize of the best short film at the Chinese American Film Festival.

Since the Shanghai Science & Technology Museum started its independent popular science film and television creation in 2009, it has been committed to creating special popular science films, and the science fiction animation Enlightening is its twelfth work. At present, Enlightening is being screened simultaneously in the four-dimensional theater of Shanghai Science & Technology Museum and Shanghai Natural History Museum.